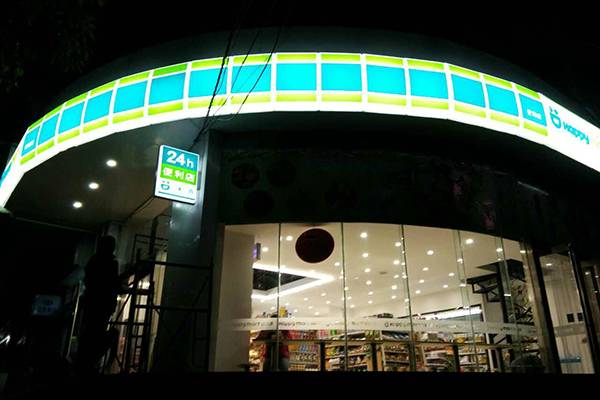 Send email to us

1. The initial investment cost of producing ordinary signboards is relatively low, because these signboards are mostly made of recycled acrylic panels. However, the panels will fade, deform, dent and other problems within 3 to 5 months, which greatly shortens the service life of the sign.

2. In the production of traditional light boxes, chloroform dilute glue is often used to bond the swatches and panels. The sealing performance is weak, and it is susceptible to the influence of temperature and moving factors to cause cracks. Dust and dirt will easily collect on the swatches and panels after being washed by rain. Therefore, the dust and dirt cannot be cleaned, and they will affect the luminous effect of the signboard as well as damage the appearance of the signboard.

3. Traditional light boxes are mostly customized according to on-site dimensions. If the shop moves, the original signboard usage rate is less than 5%.

The problems solved by zhengcheng

1. Adopt Japanese imported acrylic board, high stability, smooth surface and strong light transmission. When used with LED tubes, the light is uniform. At the same time, this material is resistant to ultraviolet rays, not easy to fade, not easy to deform, and has a long service life.

2. Zhengcheng's light box signboard is spliced with multiple light boxes, which is easy to install. In addition, it can also be reinstall and  reused after the store is relocated.

Write your message here and send it to us